After subsequent years of production decreases French subcontractors and suppliers have benefited from the rebound of the French and the European automotive sector. 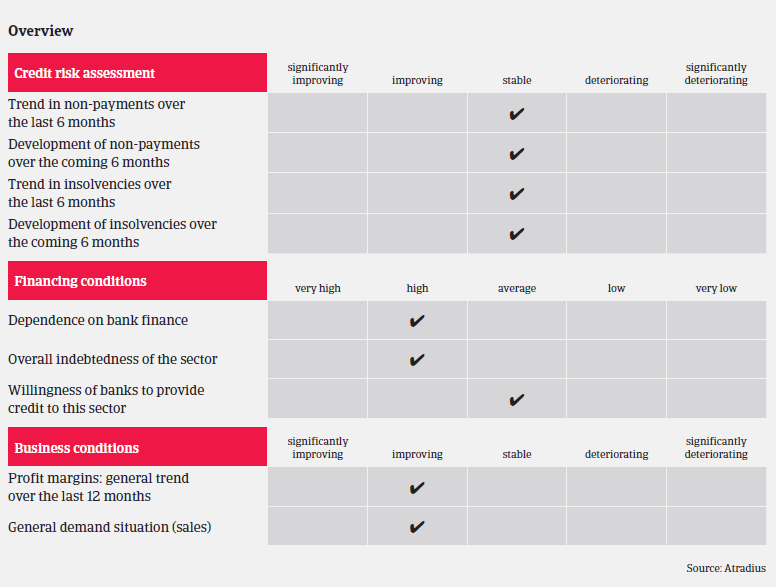 For the first time since 2011, the French car market recorded a slight increase in passenger car registrations in 2014, by 0.3%. However, according to the European Automobile Manufacturers Association (ACEA), this growth rate was far below the EU average of 5.6% and growth rates in countries like Spain (up 18.4%), Italy (up 4.2%) and the UK (up 9.3%). New car registrations in France increased 6.1% in H1 of 2015, but still remained below the EU average increase of 8.2%.

Following a competitiveness agreement signed between the French state and French car makers, French car production increased 4.7% in 2014. However, despite this upturn, car production was still 40% lower than in 2007, which can be explained in part by outsourcing. Production costs are lower in Eastern Europe and Northern Africa: for instance, the Renault Clio, a best seller in France, is cheaper to produce in Turkey than in France.

That said, after subsequent years of production decreases French subcontractors and suppliers have benefited from the rebound of the French and the European automotive sector. Revenues increased 4.3% in 2014, to EUR 15.6 billion. Rising exports played a pivotal role, accounting for more than 50% of the revenue. While profit margins have recently increased due to the upturn, suppliers´ margins remain structurally weak, as the powerful car manufacturers demand greater productivity coupled with lower prices. While car manufacturers´ equity is still quite strong, suppliers’ equity is much weaker. The suppliers´ segment is very capital intensive, requiring sizeable finance for new investment and restructuring and high working capital. However, while banks were rather unwilling during the last couple of years to provide credit to the automotive suppliers subsector, the recent rebound should facilitate more credit access. 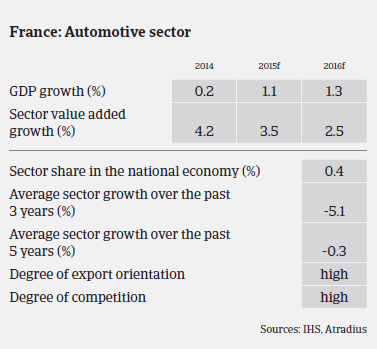 Despite the significant decrease in domestic production in the years before 2014 suppliers are dealing with rising overcapacity: estimated to be as much as 40%. In the long term, a restructuring and market adjustment seems inevitable, either in the form of insolvencies or by ’clean closures’ (i.e. with support from shareholders and car manufacturers). Those mainly affected by overcapacity issues are suppliers that rank second or third in the subcontracting chain: especially those engaged in foundry work, small stamping and those producing items with low technology requirements.

On average, payments in the French automotive industry take 60 days (end of month) and timely payment is important in this sector, with few protracted delays. We do not expect any fundamental increase in payment delays in the coming months. Neither do we expect insolvencies in the sector to increase in the short-term, which is in contrast to the overall trend in French business insolvencies, where a 4% increase is expected in 2015. 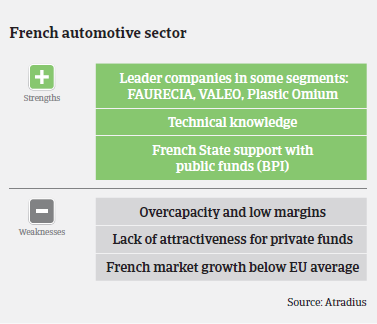 However, as in 2014 we continue to closely observe some weak players (e.g. in the stamping subsector), and take steps to avoid any impact on our customers from insolvencies in this segment. Despite the rebound in sales and production, our underwriting stance towards the French automotive sector remains cautious, especially given the overcapacity issues in the suppliers subsector.

In 2015 the French economy is expected to grow 1.1% as private consumption, manufacturing and exports improve. However, this projected growth rate remains below the forecast eurozone average of 1.4%.

Economic conditions in the Eurozone remain challenging with insolvencies still 70% higher than in 2007 on average.