Slovakia is largely focused on industrial exports (especially automotive related). Slovakia’s economy grew 3.3% in 2016 and is expected to stay strong at 3.1% in 2017, but the country remains vulnerable to downturns in the eurozone and Germany in particular.

Slovakian suppliers are some of the least likely of the suppliers surveyed in the Eastern European region to offer credit terms to B2B customers. Despite this, in 2017 there was an increase in sales on credit terms. 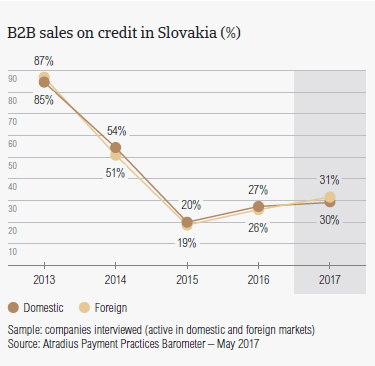 The percentage of overdue B2B invoices in Slovakia decreased from 48.0% in 2016 to 41.5% this year. The 2017 payment default rate recorded in the country is in line with the average for Eastern Europe overall (41.5%). 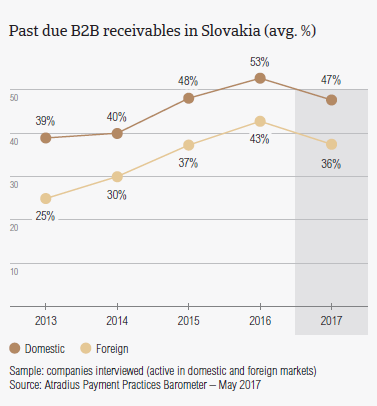 The payment duration in Slovakia decreased from 56 days in 2016 to 51 days this year. This means that respondents in the country have to wait fewer days to turn B2B receivables into cash. 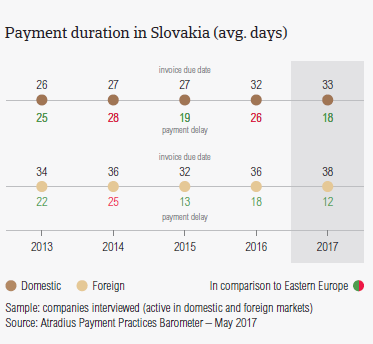 Similarly to what was observed at regional level, payment of invoices in Slovakia seems to have been delayed most often because of insufficient availability of funds and buyers using outstanding invoices as a form of financing. 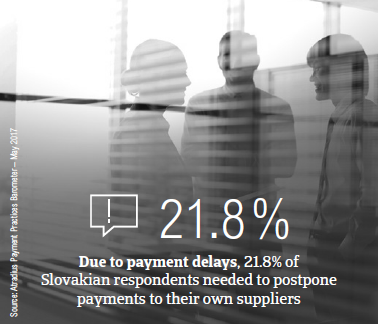 Among the Eastern European countries surveyed, Slovakia is the country least inclined to expand their current mix of credit management tools and increase protection against risks stemming from Brexit, the slowdown in Asia and US protectionism. 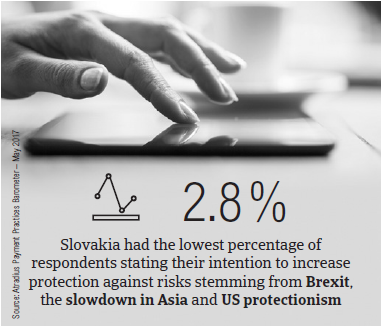 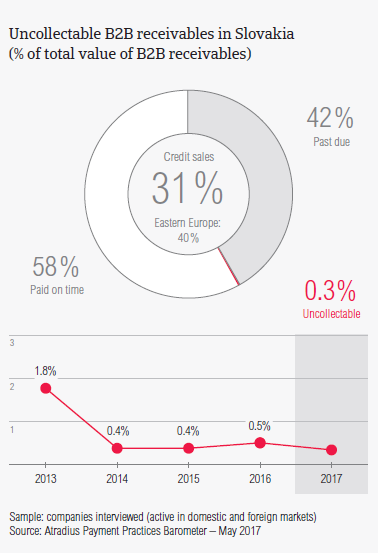 The total value of B2B receivables written off as uncollectable in Slovakia decreased from 0.5% in 2016 to 0.3% this year. Among the Eastern European countries surveyed, Slovakia had the lowest percentage of uncollectable receivables.

80.0% of respondents surveyed in Slovakia do not expect changes in the payment behaviour of their B2B customers over the coming 12 months. This compares to 58.0% in Eastern Europe overall. 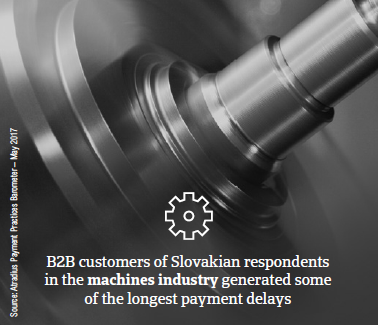 After an increase of almost five percentage points in 2016, the percentage of overdue B2B invoices in Eastern Europe decreased again this year (41.5%).

Major strengths of the Slovakian automotive industry are its close proximity to core export markets in Europe, low labour costs, and government support.

2017 is a major election year in Europe. Election gains of populist parties could undermine support for European cooperation and threaten reforms.